In a charter of 934 the village name was recorded as Aescmaeres/wyroe.  However, by 1171 it had become known as Esmereswarde, which is believed to have meant Ash pool. It appears not to be mentioned in the Domesday Book.

By the 13th century Ashmansworth was back in the hands of the bishopric.  It remained in the possession of the diocese until 1649, at which time it was sold to Obadiah Sedgwick, a Church of England clergyman.  On his death in 1658 it passed to his son, but in 1660 the manor was returned to the bishopric before being sold in the early 19th century to the Herbert family (first Earl of Carnarvon), where it remains today under the current Earl whose family seat is Highclere Castle.

Excavations at Church Farm indicated that its site had been occupied since the Iron Age and excavations in the late nineteenth century at Ashmansworth Parish Church, which is dedicated to St James and dates from around the 12th century, revealed some interesting remains, now displayed in the church, that indicate the existence of the village in Roman times.  Indeed, given the village’s proximity to the prehistoric route of the Oxdrove, an ancient drove route for cattle, it is possible that Ashmansworth has pre-Roman origins.

In 1811 a fire consumed a large part of the village and destroyed all of the parish records but more recent records indicate that the population remained small during the 19th Century and that inhabitants were mainly labourers who spent much of their lives in the village, and took spouses from neighbouring parishes.

Our church dates from the 12th Century and has had less alterations since then than most parish churches. It also boasts what were at one stage quite impressive medieval wall paintings but these are now badly faded though still visible.

In the early 1970s, an appeal was raised for funds for restoration of the church. See below a cutting referring to the work on the 13th century murals by Ann Ballantyne and a celebration led by local resident, Charles Fane, with the Bishop of Basingstoke (later Winchester).

We have recently explored the archives and found reports, some dating back 100 years, and a photograph showing the interior with box pews before these were taken out in 1899. For more details, see pictures below.

A female skeleton and Romano-British vessel were found under the lawn of the village rectory and Roman pottery and other remains have been unearthed in various parish locations.

During the reign of William the Conquerer the village was handed to Croch, huntsman and warden of the Forest of Chute, and it remained with his descendants for over two centuries, deriving its name from this family. It is mentioned in the Domesday Book as having 17 households in 1086, not that different from today!

In 1207 a descendent of Croch married into the de Columbiers family.  The last of the de Columbiers then married into the de l'Isle family. One of de l'Isle’s descendents, an Edward Lisle, retired to Crux Easton in the 1690’s after losing 3 of his children to smallpox.  As well as fathering a total of 20 children, he kept records of good farming practices and his dreams of having them published were realised after his death when his son Thomas, Rector of Burghclere, had them published.  They were a best seller of the time.

Edward’s daughters built a then famous grotto in what is now called Grotto Copse.  The Lisle estates were purchased in 1770 by John Burton, the then headmaster of Winchester College, and the land became part of the Carnarvon Estate until 1939, when Captain Leonard Hill purchased it.  It remained in his family's hands until recently.

Sir Geofrey de Havilland, founder of the famous aircraft company, built a house in the village to use as a holiday home.  Sir Geoffrey was the village Rector’s son, and it was while living at the Rectory that he first built model aeroplanes.  His first real aircraft, although constructed in Fulham, were taken to nearby Seven Barrows for testing.

The village was also the home of one of Britain's most notorious people.  Sir Oswald Mosley, leader of the British Fascists lived in Crux Easton House, the former Rectory, with his family after being released from prison in 1944.  He was not allowed outside a 3½ mile radius of the village and a policeman was assigned to ensure that order was kept!

Crux Easton used to have its own telephone exchange.  This is now believed to be in London’s Science Museum and was one of the smallest in the country, with just nine subscribers!  It was decommissioned in 1971.  However, the village still has a red telephone box, although this is no longer working.

The village is also home to a unique, restored wind engine. There is a leaflet giving some more history of Crux Easton and a list of its rectors - see attachments. 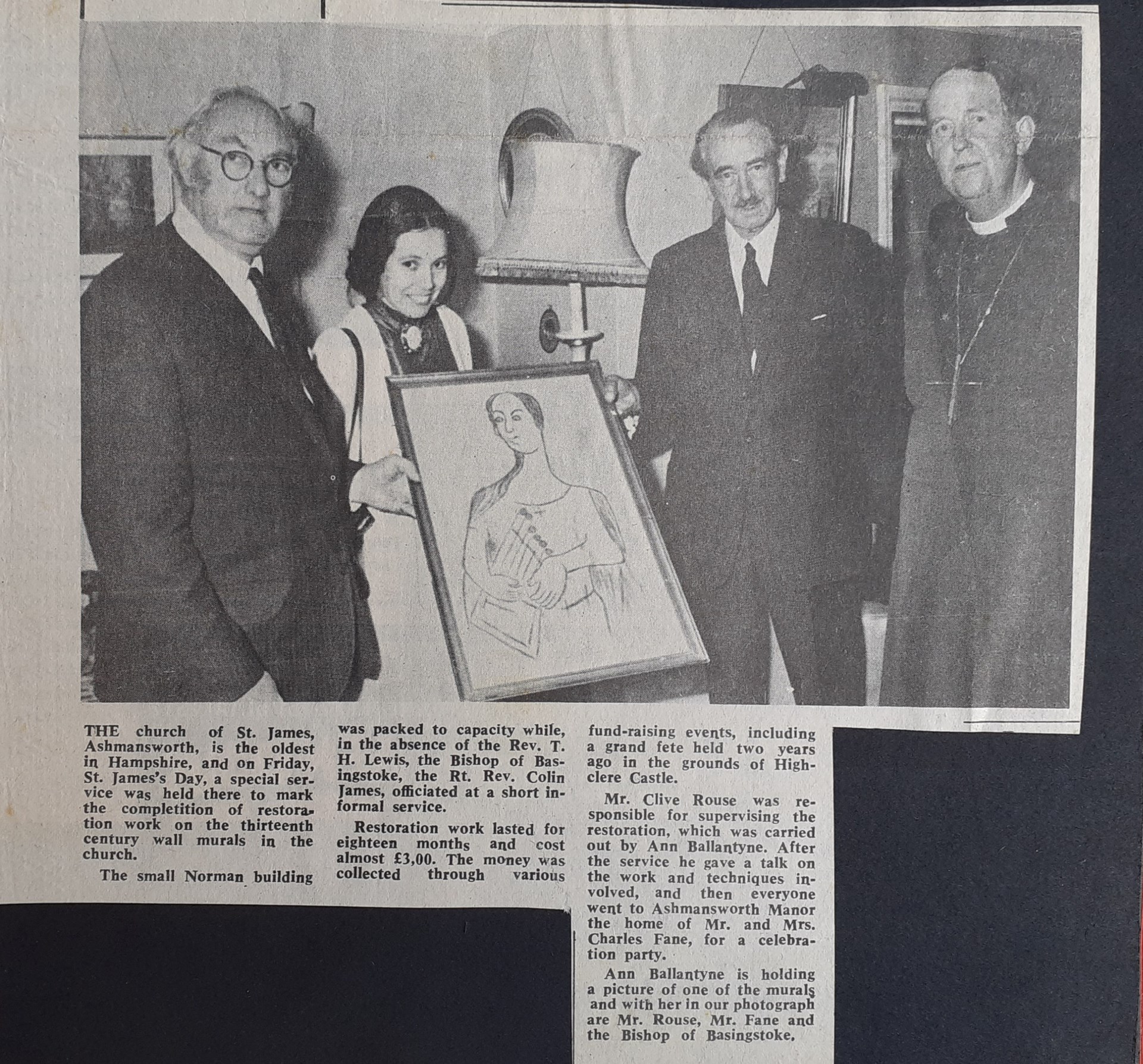