May 2022, on Ralph Vaughan Williams

TALES FROM THE HILLS

The composer Ralph Vaughan Williams, who arranged those great tunes in the English Hymnal, was born 150 years ago this year. He frequently stayed in Ashmansworth: he loved the place and, a few weeks before his death, he came here to watch a last sunrise from a nearby hill.

Gustav Holst recognised him as the greatest English composer of his generation by awarding him the star prize: Beethoven's tuning fork. No-one has won it since.

There’s a fine half-profile of Vaughan Williams painted at Ashmansworth in 1947, by the artist Joy Finzi, which is now in the National Portrait Gallery in London. There’s a story about this picture: Vaughan Williams turned up to sit for it wearing, uncharacteristically, a collar and tie; apparently he had been told off by some previous portrait painter for not looking smart enough. But Joy wanted just the opposite: her speciality was the informal, relaxed, lively picture, painted quickly, and with the subject hardly aware it was being done.

His global best-seller is the 13-minute violin solo The Lark Ascending. It would probably not have been his own first choice, but polls suggest it is the most popular classical work in Britain today: it has been the most frequently chosen classical record on Desert Island Discs and, although it is supremely evocative of the English countryside (the larks are singing here at this very moment), it was played when President Obama unveiled the memorial to the three thousand dead at the World Trade Centre in New York.

In 2020, on the centenary of The Lark’s first performance, the Scottish violinist Nicola Benedetti played it to a Covid-empty Albert Hall on the Last Night of the Proms, and made a special trip to the British Library to see the famous tuning fork. Some inanimate objects, like some places, carry a powerful charm.

The Lark was completed on Vaughan Williams's return from the slaughter of the First World War. Perhaps it is not so strange, then, that it was played at the World Trade Centre. Maybe the music suits the mood in the aftermath of great tragedy. 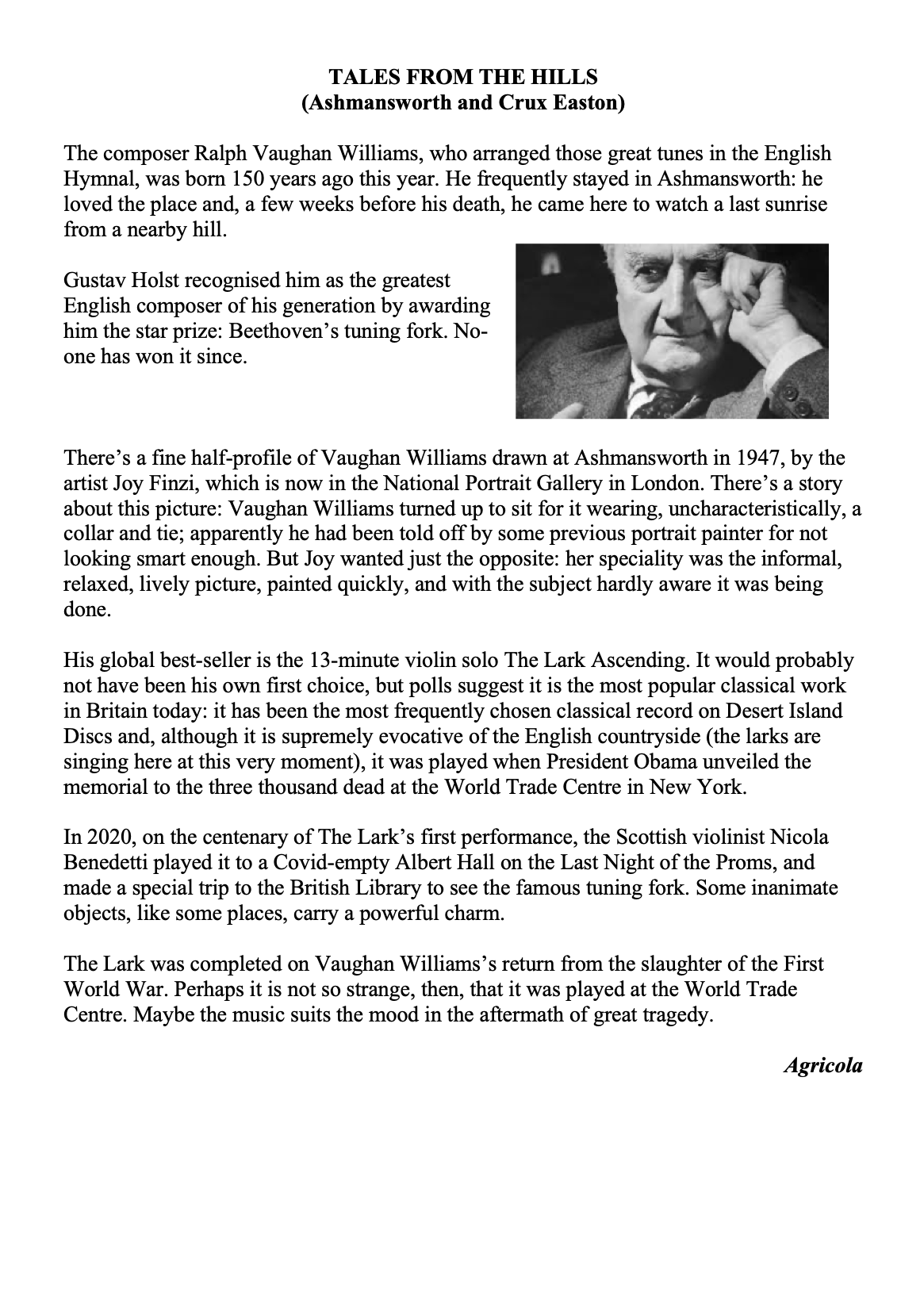