TALES FROM THE HILLS

Sharp-eyed readers will have spotted a misprint in May’s Tales from the Hills: somewhere between laptop and printed page, Joy Finzi’s portrait in pencil of Ralph Vaughan Williams has turned into a painting. Joy did indeed paint; but not this time. She had by then found her forte with her portraits in pencil.

To quote from her obituary in The Independent in 1991*: A beautifully printed book of her drawings... shows both the subtlety of her work and her keen perception of character.

Particularly striking is the profile of Ralph Vaughan Williams (1947) from the National Portrait Gallery; but equally sensitive are her drawings of other musicians, writers, artists and friends. All were done while the sitter was chatting to Joy or Gerald which gives them a feeling of vivid life so often lacking in more formal portraits.”

The obituary makes another important point about the Finzis at Ashmansworth. “It would give a very false impression… to imagine that Ashmansworth was filled only with great artists. Joy and Gerald were as at home with local people, who were as likely to be farmhands as the squirearchy. They would become immersed in conversation and Joy would begin to draw…”

[It was the same with the next generation, with Kiffer and Hilary. For instance, reading Hilary's account of a family holiday in France you suddenly notice the name of another child from the village who has come along for the trip.]

Joy Finzi had many talents. Not only was she an artist, but she played the violin with the Newbury String Players. She was a renowned hostess, and it was she who kept the home fires burning at Church Farm for the German and Czech refugees during the war, while Gerald was away in London at the Ministry of War Transport. Joy was also conspicuous for her encouragement and promotion of young musicians and “handing on the torch.”

*Joy Finzi’s obituary by Howard Ferguson and Paul Spicer was published in The Independent in 1991.

Sincere apologies to Agricola and to our readers: the confusion between pencil drawing and painting was entirely mine during the editing process. I will try to ensure such an error is not repeated! 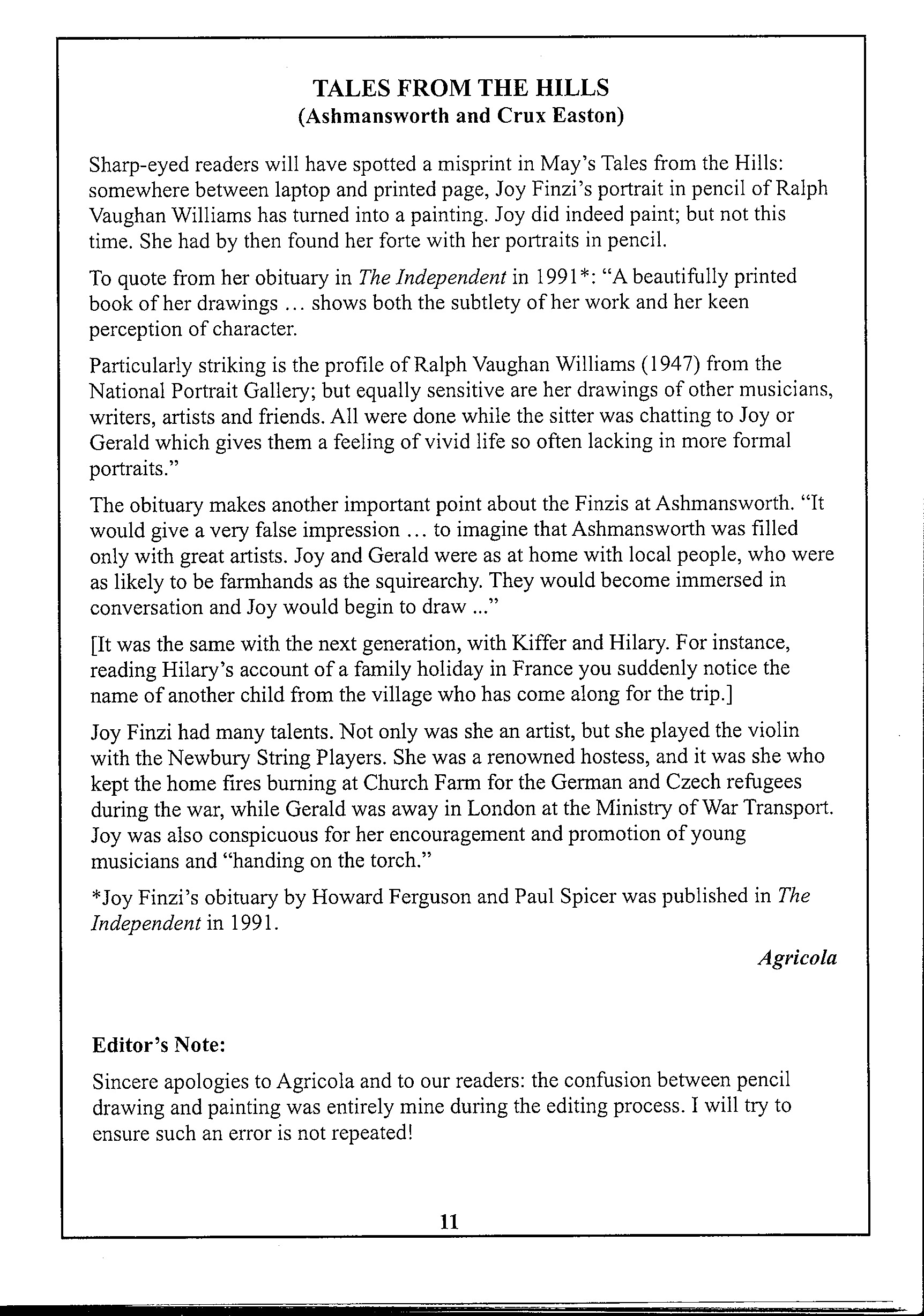