TALES FROM THE HILLS
(Ashmansworth and Crux Easton)

Early in the nineteenth century William Cobbett wrote from Kent, “I found fine meadows here, just such as are at Ashmansworth.” At other times and from other places he writes “… the same beautiful sort of meadows as there are at Ashmansworth…” and so on.

He knew about meadows. He travelled the country on horseback specifically to look at the nation’s farms and report on them for his own newspaper, The Political Register. He also ran a small farm in what was then rural Kensington; so, as well as being a Member of Parliament, he knew what he was talking about.

It seems that the meadows at Ashmansworth became for him the touchstone by which all others were to be judged. He may have said we had the worst lane in England; but at least we had fine and beautiful meadows!

The grass grows well on these damp heights - probably thanks to the clay. But it is certainly helped by moisture from the prevailing airstream which, because it must rise to pass over us, is forced to shed some moisture on the land all year round (and, in those days, fill the dew ponds too).

That is just as well, because there is not a single stream in the parish, not even a ditch. Until mains water arrived between the wars, we lived solely on ponds, wells, boreholes, cisterns and beer from the breweries, but all of them were man-made.

It would have been nice to know precisely which meadows Cobbett had admired. It’s a pity that he doesn’t say, because the tithe map, published a few years later in 1837, shows the field pattern much as it is today. Even just a hint from him would have helped us identify them.

Most of the parish is on sticky clay, fifteen feet thick in places. Unlike the bare chalk downs on either side towards Inkpen or Beacon Hill, the land here can support large trees such as the ashes from which the village takes its name. It is wonderful that it can also provide the conditions where some of the most beautiful meadows in England once flourished. 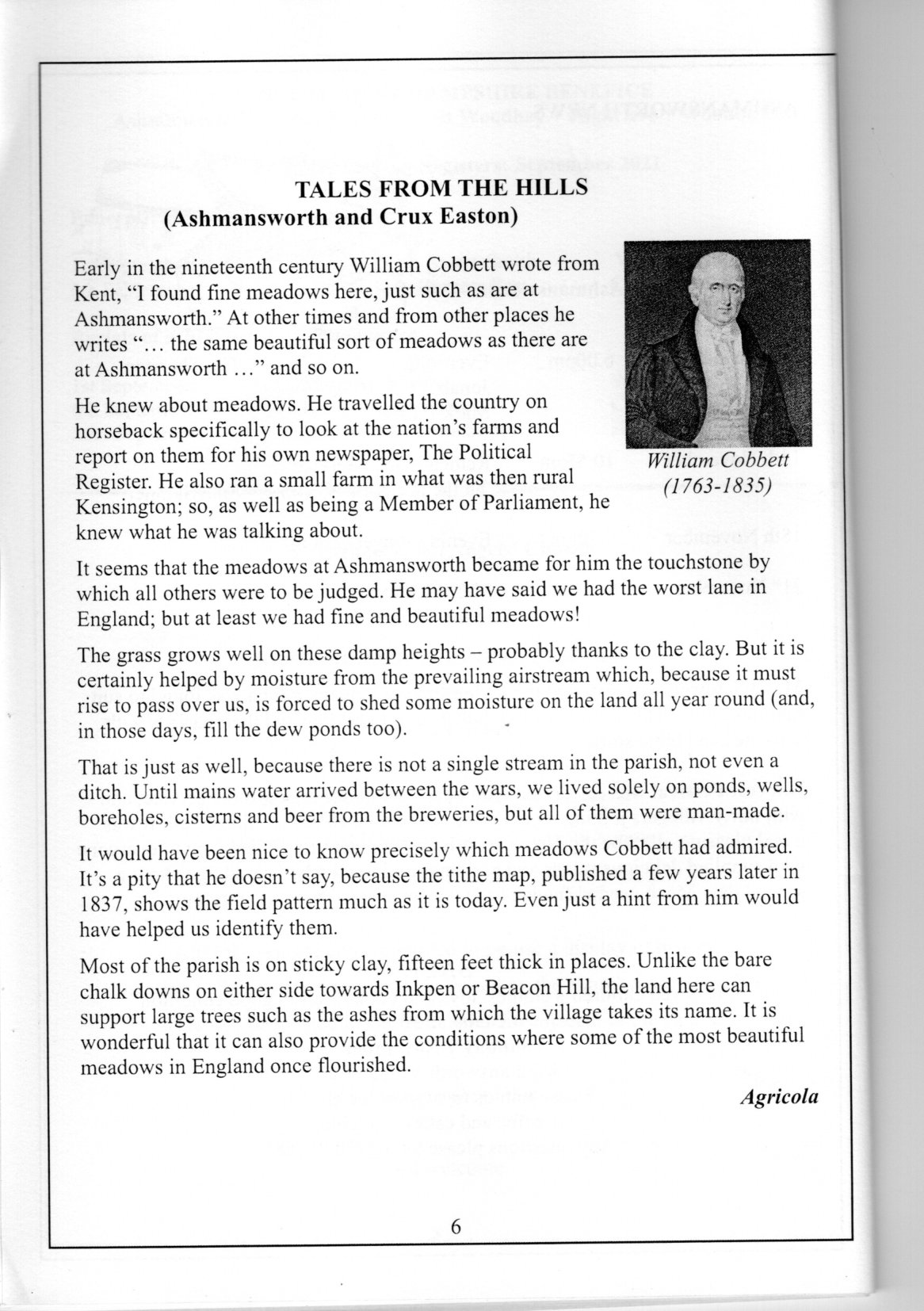